A midweek program in late May at the Atlantis Resort in the Bahamas used the hotel's decor as inspiration and as the backdrop for recreating the myth of Atlantis. The Poseidon tale was carried out over two evenings, including a gala awards night themed "Night of Poseidon" and a beachfront feast-of-the gods party. ... [ read more ]

This unique program was meant to celebrate a historic issue and to sell ad pages.... [ read more ]

Diebold Inc. employs more than 15, 000 associates with representation in nearly 90 countries. Approximately 60% are based in North America and 40% are based in Latin America, Europe, Asia/Pacific, South Africa and the Middle East. Associates range in age from 30 to 55 and are approximately 70% male and 30% female. Its Master’s Circle program is an annual trip that is awarded to top performers who meet or exceed their sales quotas. In addition, the Top 15 elite performers are awarded the Circle of Excellence distinction and attended an additional Master’s Circle trip held following the Master’s Circle trip. Diebold’s highly diverse sales force had become very familiar with the Master’s Circle Program that in 2006 was entering its 27th year. The challenge was to present the reward trip to Hawaii, a favored and frequent location for Master’s Circle winners, in a new and exciting manner. ... [ read more ]

With the increase of postal rates over the past several years and dwindling advertising and promotional budgets, many companies are tempted to reduce or eliminate investments into pre-show mailings with promotional products in tradeshow settings. Is this a wise choice? The results of a 2004 study by Georgia Southern University indicates the answer is NO.... [ read more ]

Eight years ago, the $100 million candy company launched a biennial cruise incentive program, which has generated consistent sales increases and helped build a unified sales force. Each cruise is developed through a cooperative effort by Goelitz's sales management and marketing teams. The company's regional managers then introduce the programs and keep excitement building throughout the year. ... [ read more ]

The audience KitchenAid targeted for this promotion included sales associates at retail appliance stores and KitchenAid account managers. Choosing the right incentive to appeal to this diverse group was a challenge. To reinforce the Western theme of "rounding up" sales, the awards included a choice of Omaha Steaks and a variety of "leather" products--shoes, luggage, briefcases, watches with leather bands, coats, etc. ... [ read more ]

The excursion took place on the Royal Pacific Canadian railway, which is comprised of five, three-engine vintage railway cars from the early 1900s. It was a six-day trip, starting at Calgary, Alberta, and going through the Canadian Rockies. The train has meeting rooms, dining car, suites for two, and high-speed Internet access. ... [ read more ]

As one of the world’s largest providers of information technology services and solutions, Modis delivers world class IT staffing services to Fortune 1000 and mid-market companies in the United States, Canada, the United Kingdom and continental Europe. Each year, Modis identifies and rewards top sales performers with the Circle of Excellence incentive trip. The key objective of the 2007 program was to recognize employees who met or exceeded their goals for 2007, while at the same time motivating them to reach even higher goals for 2008. To qualify, individual producers, individual producers had to generate a specific dollar amount in new gross profit dollars. Management set those individual qualifiers to significantly exceed their forecasted profit and growth goals for the year if achieved.... [ read more ]

Territory managers received product guides that highlighted the features and benefits of the Stainmaster Carpets. Participants qualified for four levels of awards based on sales performance, and were also registered for three different sweepstakes. Daily sweepstakes featured electronic items which reinforced the entertainment theme. Weekly sweepstakes featured the choice of unique travel and merchandise awards including a first-class trip to New York with Broadway tickets, a visit to the world-renowned Chicago House of Blues hotel and club, or for the less travel-inclined, a Wurlitzer Jukebox. ... [ read more ]

Mohawk Industries utilized the competitive excitement of the NASCAR racing season to capture the attention and loyalty of their 25,000 nationwide independent retail stores' sales force. The Mohawk Stainmaster Cup Series embraced the racecar theme to particularly appeal to their salespeople who, on average, generally have a strong affinity for sports, electronics, and outdoor activities. The choice of incentives, which included branded electronics, golf equipment, tools and outdoor items such as grills, lawnmowers, etc. keyed on these interests while sustaining the racing theme. The award mix included items that the real race enthusiast would appreciate such as binoculars, coolers, stadium seats, cameras, sunglasses, and a hand-held TV. ... [ read more ]

Sunbelt Motivation & Travel, Inc. was faced with the challenge of creating a dining experience that would capture the uniqueness in sales vs. MVP accomplishments and provide an opportunity for regional recognition. Traditionally, the trip included a dine-around evening that allowed individuals to select a preferred restaurant to dine with their friends, which usually consisted of people from the same region, and an awards dinner that was rated as too long and not interactive. Sunbelt needed to come up with an activity that addressed all of these factors and encouraged participation from guests from around the world. The solution – regional cook-offs. ... [ read more ]

Singtel Optus is Australia’s challenger telecommunications brand with revenues of $7 billion across four markets. Solterbeck Performance worked with Optus to design the 007 – Sales R&R Challenge. The program was designed to be comprehensive yet appealing enough to motivate Optus’ experienced and well-traveled sales force. The four-tiered program took its theme from the recently released Casino Royale movie, and leading edge communications turned Optus’s 1,000-strong sales force into high-level operatives charged with executing the company’s "mission." The highly popular program resulted in 32% of the sales force meeting individual goals and increased Optus’s revenue by 8.9% - with an administration cost of less than 9%. ... [ read more ]

Relying heavily on advertising revenue and contracts to maintain programming excellence, Viacom knew they needed a special program to combat diminishing business due to the soft economy and failing technology sector. Utilizing the concept of “Themed Time Travel,” Incentive Travel created a program for Viacom that built business with its top advertisers while creating a "once in a lifetime" travel experience even among a well- traveled audience. ... [ read more ]

The opulent Hotel Carlton served as the qualifiers' home in Cannes, a city renowned for its international film festival. The itinerary featured customized activities, including the London Pacific Video Challenge. Teams were assigned a classic film title and told to create a video around it. Finished films edited by professionals premiered at the final night's gala. ... [ read more ] 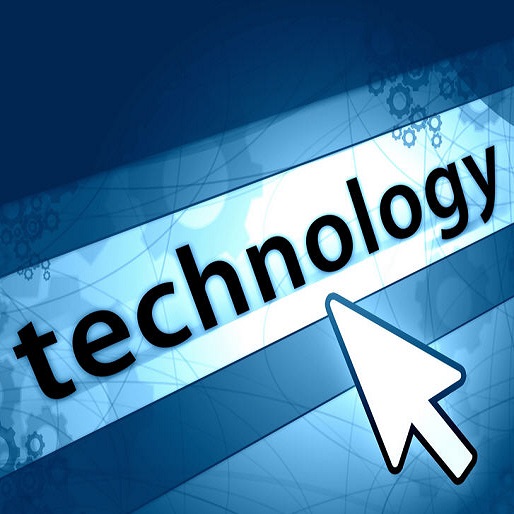 In a tough market, UnitedHealth Group believes continuous innovation will help make it part of the solution rather than part of the problem. With healthcare costs rising steadily on both the employer and employee side... [ read more ]