This study was conducted at four trade shows representing the gift, jewelry, dry-cleaning and close-out (house-wares, toys, clothing, etc.) industries. Data was collected through exit interviews consisting of 18 multi-part questions designed to determine what attendees remembered about the promotional products they received at the shows, their perceptions about the promotional product and its usefulness, and their impression of the companies giving them the product. Some findings are presented below.

62.6% of trade-show attendees stated they had received a promotional product.

71.6% of attendees who received a promotional product remembered the name of the company that gave them the product.

76.3% of attendees had a favorable attitude toward the company that gave them the product.

Providing promotional gifts to attendees at trade shows, increases the likelihood of them remembering the name of the company and creates an image of the company in the mind of attendees. Promotional products can be used as a one-time promotion to expand a customer base, or as an approach to ensure the continuous growth of a business. They are effective tools to inform, remind, persuade and support a company’s efforts. Take it a step further and give a unique product with a special promotion to increase traffic to your booth and create a positive image in the mind of the recipient. See case study below:

Objectives: To drive traffic to the Herr Foods trade show booth, write orders at the booth, increase awareness of the company and create a positive image in attendee’s minds.

Strategy & Execution: This program was played out in the Herr Foods’ booth at an annual vending machine operator’s tradeshow. Recognizing the golfing appeal of the location - Myrtle Beach, SC, Herr Foods hosted a lively, attention-getting golf-themed game in the booth. Booth visitors were challenged to get a golf ball globe onto a tee as spectators around the booth loudly counted down from 10 to one. Gamers who were successful in the 10-second time frame won five cases of Herr snacks. Those who didn’t still got to keep the globe. Of course, no matter the outcome, Herr Foods won every round as more and more show attendees were drawn to the booth to see what all the excitement was about.

Results: With never less than six and as many as 18 visitors in the booth, this was by far the most active the Herr booth has been in 12 years at this particular show. More important, the company sold over 4,000 cases and signed on 12 new accountssome at show and someafter the show. Herr Foods created an impression at the show resulting in a positive image in client’s minds. 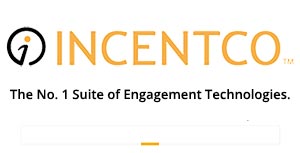