Print
Will companies finally begin to wake up to the financial benefits of having engaged customers, employees and communities?  Laurie Bassi, Principal of McBassi & Co., a leading analytics firm, sees progress on multiple fronts. Bassi is author of The Good Company Index, published in 2011 both as a book and ratings system of publicly held companies based on their status as an “employer, as a seller, and as a steward of the community and environment.” A “Good Company” is defined as “one that starts with good intentions and then puts those into practice concretely through its actions in these three areas.”

To Bassi, being a good company involves both ethics and business results. To prove that point, she began investing her own money in the most highly-rated companies, and in 2012 her company joined forces with the Enterprise Engagement Alliance to create a formal Engaged Company Stock Index (ECSI), sponsored in part by the recognition firm CA Short, to manage and track a group of companies with high ratings in customer, employee and community engagement, as measured by over a dozen independent sources.

The ECSI is a theoretical ETF (Exchange Trade Fund) that demonstrates the connection between high levels of enterprise-wide engagement and share price performance over time. Since the ECSI was created on Oct. 1, 2012, it is up 79%, or 22.1 percentage points above the overall performance of the S&P 500 (including dividends.) Very few fund managers generate this type of performance. 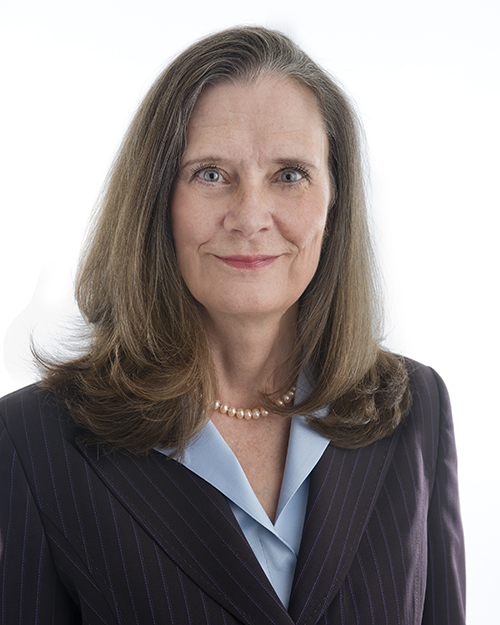 ESM recently sat down with Bassi to discuss the progress of her mission.
Q: When you established the original Good Company Index, you set out to prove a point. What was that point?
McBassi: The point was that there is a convergence of economics, political and social factors that are forcing companies to become better. So our prediction was that this convergence would force companies to become better employees, better sellers and better stewards. That was our hypothesis.
Q: Why did you decide to put your own money into what the EEA calls the Engaged Company Stock Index? 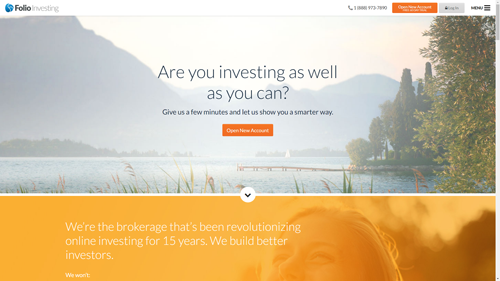 McBassi: There were several reasons. It’s convincing when people put their money where their mouth is. It was a good way to make money. It’s nice when these objectives are in alignment. We started a more primitive version of these ideas in 2001. We have been investing on much more limited concepts, on our concept of a good company, and on that which is measurable. From the beginning we used a company called Folio Investing. It’s a terrific way for people to manage their own money. Folio was founded by Steven Wallman. He wanted to create a company where small investors could invest responsibly and not get chewed up. There are no trading fees, but it’s not for day traders.
Q: After so many years of research proving the economics of Enterprise Engagement, as well as the compelling performance of the ECSI over almost four years, why do you think it has been so difficult to get the attention of the investment community?
McBassi: A lot of these investment companies aren’t in business to make money for businesses, they’re interested in making money for themselves. It’s an idea that’s hard to get attention for because these advisors want to make money for themselves and aren’t looking out for the best interests of their customers. That said, we see more money going into socially responsible funds. We would consider ourselves at the forefront of what is socially responsible investing, or what is called SRI. More and more professionally managed money is going into these types of funds. While it’s still a minority of the money, the concept is pretty mainstream. It’s not considered a crazy idea like it was 20 years ago.
Q: What has happened to past efforts to make public organizations more accountable for their human capital investments? What in your view should public companies disclose at a top-line level?
McBassi: The general rule for most companies is: We don’t want to disclose anything we don’t have to. Why should we? The kinder interpretation, is: We could get sued if we disclose a lot of stuff. The incentives have been aligned against disclosing anything that isn’t necessary. This remains the thinking. This isn’t going to happen because firms voluntarily change their minds. It will have to come from investors. There are companies that are disclosing bits and pieces of this, and that’s great, but if investors need more than random information, ultimately there will have to be some consistency in the data.
If I could wave my magic wand, I would want to see what firms are spending on developing their workforce, particularly education and training. The reason I would start with that is because it’s a clear investment in future capability that’s currently accounted and reported solely as a cost. If you look at two companies, one that’s investing a lot in people, and one that isn’t, then you can only see that Company A has higher costs than firm B. So to invest in people, companies have to do so against what appears to be the interest of shareholders. Investments in people should be viewed in a way similar to research and development. R&D is accounted for as a cost, but it’s separated as a line item so one can see who is investing and who is not.
Other useful information would be revenue per employee, but some companies don’t know how many they have; human capital hygiene, such as the number of full time employees; use of contingent workers; employee turnover rate; succession planning; etc. This would enable the investor to know if this firm is investing for the future or just cutting costs to keep earnings up.
Q: Why should companies disclose this information?
McBassi: They should want to do it if they’re doing a good job, which rules out half the companies. The leaders should want to, and some are starting to disclose bits and pieces. One of the challenges you have is there’s still not a coherent story as to how value is created. Human resources is often not the strongest function. My bias comes from a public policy point of view. Companies are employers. If we can improve the quality of the workplace, that’s a win-win, and that’s why I focus on the human capital side. I think that’s the lever that, if pulled, will generate positive results. You have to be able to make money on it. If you do this right, you will make money. The question, is how do you do it right?
Q: How does investing in human capital help reduce income inequality?
McBassi: Once people leave the school system, it’s the workplace that becomes the source of their learning. And studies show that workplace learning can have a huge impact on peoples’ earnings and employability. Anything that diminishes that learning is a bad thing, and where you can expand it it’s a good thing.
Q: You said you’re beginning to see signs of change…that pension and other funds are beginning to awaken to this important topic. What evidence can you provide to substantiate that?
McBassi: It’s very clear to me that something is happening. The fact that there’s now a coalition of pension funds working together is too large to be ignored. (see $2.6 Trillion Investor Coalition Sees Link Between Human Capital Management and Shareholder Return). In addition, we now see that the International Standardization Organization (ISO) has begun the process of drafting standards for human capital. (see ISO to Add Human Resources to International Standards). This effort is supported by Deutsche Bank.
At a time when companies need to find every possible way to improve profitability, and when society is looking for greater income equality and sustainability, this isn’t just good business, it’s also good policy. There’s nothing political about this. It’s something that people across the political spectrum can agree upon.
For More Information:
Laurie Bassi, CE
McBassi & Company
303.981.1526; lbassi@mcbassi.com
Enterprise Engagement Resources
Engagement Solutions